Running the marathon is not my speciality, but I admire those who sacrifice for such a heroic challenge. One of them is a friend of mine who run the Marathon De Paris on April 10 – 2011 (in 4 hours!). She asked me if colour could help her reaching the finish. Is there a colour that could stimulate her perseverance?
I advised her to visualise a yellow flashing arrow on its way to a red goal. The yellow arrow giving the emotion of targeted speed, the red goal for arousing force. The combination yellow on red for her willpower to succeed.

The perception of speed is highest in a yellow environment. A research carried out by the Graduate School of Human Life Science, Osaka City University in Japan (2003)(4) showed that when people are placed in a yellow coloured room they will have the impression that time goes faster. Shin’ya Takahishi from the Nagoya University Japan (2003)(5) came to the same conclusion in his research. Subjects in a yellow condition estimated the duration of a task considerably shorter than the estimated time in other colour conditions. 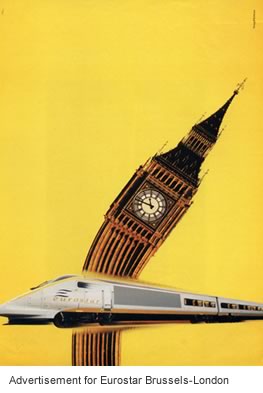 Yellow is connected to time and time perception. By its lightweight quality it tends to feel faster than red, which has a heavier weight. 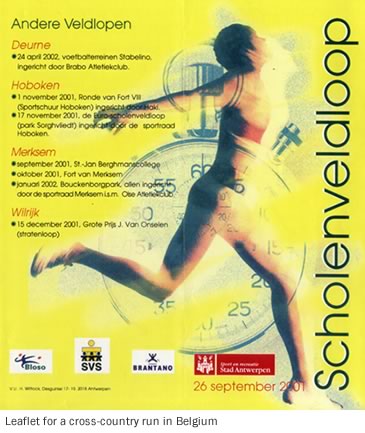 Speed is connected to lightning. “Quick as lightning” is an english proverb. The lightning methaphor is used in many languages. The colour of a lightning is cross-culturally yellow.

Being the fastest implicates being the best, the nr.1.

The winner of the Tour de France always wears a yellow shirt.
The winner goes home with a golden statue, cup or medal. 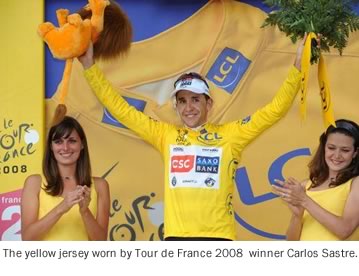 Red is an eye-catching colour that makes you stand in awe. It provides physical power and is associated with dominance and aggression.(3)

Not silly at all why red is so popular in war and sports outfits. Hill and Barton (2005)(2) demonstrated that wearing red sports attire has a positive impact on one’s outcome in a combat sport. Moreover, a research performed by the Westfâlische Wilhelms-University in Münster Germany (2008)(1) showed that competitors dressed in red awarded more points than competitors dressed in blue, even when their performance was identical.

Red is a colour that alarms and makes you alert. (6) It has a power to catch your eye, to focus. That is why a goal or target is so often pictured in red.

THE WILL TO SUCCEED

The colour combination of yellow on red arouses a strong will to succeed and to win, combining the targeted force of red with the winners intention of yellow it expresses perseverance.

It can be found in the context of gambling: the stock exchange (winning money) as well as in all sorts of competitions and games.

The other way round, red on yellow, indicates a steady rythmic movement of muscles. This colour combination is often used in the context of aerobics and fitness. 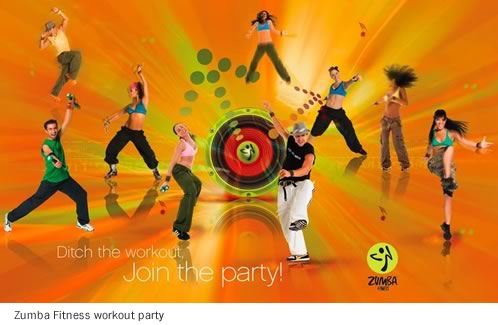 In the context of running a marathon it represents the continuous movement of the legs, almost like a wheel turning around its axis.

The following ad for Business Banking BACOB, is a fine example of the combination of the red and yellow concepts. The male in his red jacket represents the muscles and force, purposeful to reach a target. The yellow cutting shaped motorcycle gives, like the arrow, the perfect impression of speed. Together they assure a “steadier undertaking”.

My friend had the cool to take this picture of the registration counter of the Marathon de Paris.

The colours indicate the time blocks. The runners got a back number with the colour corresponding the time one expected to run. Special speed indicators also run the marathon within a given time with the appropriate coloured flag in hand. Not so bad a choice for the two first colours in the signalisation of the Marathon the Paris this year. As yellow being the fastest colour, it would have been more perfect if that colour was placed first.

Published by CITY OF 8

View all posts by CITY OF 8